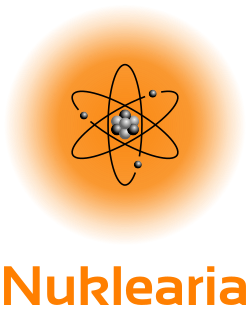 Who are we?
Germany is internationally known as a country that has decided to phase out nuclear power. Some Germans question this decision, though, and have decided to give nuclear a second look. Our group aims to give a voice to these people. Our members come from all walks of life: scientists, engineers, artists, environmentalists, students, journalists, etc. We have joined in order to discuss and promote nuclear power. Originally a group within the German Pirate Party, we have expanded beyond this niche to unite pro-nuclear people in Germany irrespective of their political affiliations.

Our reasons
But isn’t Germany famous for its commitment to renewables? In fact, the antinuclear policies of Germany are overwhelming. But we have come to the conclusion that while renewables are a great option in certain scenarios and for certain applications, they in themselves are insufficient to power a modern industrial society. Therefore we have embraced nuclear as an ultra-low emissions, high energy density option for power generation.

Our vision
While we see present-day nuclear technologies – light-water reactors – as a good power source, we are especially interested in advanced Generation IV systems: Integral Fast Reactor, Molten-Salt Reactor, Lead-Cooled Fast Reactor, Pebble-Bed Modular Reactor, Traveling Wave Reactor, accelerator-driven subcritical assemblies as well as research towards controlled thermonuclear fusion. Due to the favorable properties of these technologies – namely their inherent safety and their highly efficient fuel utilization turning nuclear into a renewable energy source – we hope that these will play a pivotal role in combatting energy scarcity, poverty, climate change and pollution on earth.

Our activities
Since in Germany discussion about energy is almost exclusively dominated by anti-nuclear groups, we feel that it is necessary for pro-nuclear people to get organized and inform the public about our technologies, ideas, concepts and visions. To this end, we plan to hold conferences, debates and lectures, improve communication between scientists and the public, and establish contacts to similar groups abroad. Our aim is to become a major pro-nuclear voice in Germany, giving the media a new reference contact concerning questions of energy. Currently, German journalists almost automatically fall back on anti-nuclear organizations when researching this topic for the simple reason that there is nobody else to be heard. We do hope to change this one-sided situation.